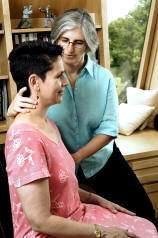 The Alexander Technique is a safe, simple, self-care method that can be used to solve the common movement problems that often cause chronic pain and stress.

Studying the Alexander Technique involves learning a process to build awareness of, and change, long-standing habits that have led to stress, pain, vocal problems, or performing at less than our potential.  We become capable of redirecting excessive effort into useful energy.  We learn how to transform tension into attention, fatigue into ease and lightness.  Regaining deep structural support, we experience, once again, the sheer pleasure of movement. 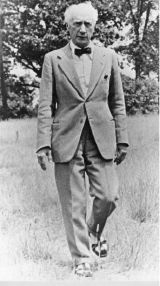 Frederick Matthias Alexander (1869 – 1955) was a successful actor and reciter in Australia in the late 1880’s, who developed vocal difficulties at the peak of his performing career.  In attempting to correct this problem, he discovered that he was misusing himself in such a way that he interfered with his body’s natural functioning.  He noticed a subtle change in his posture that occurred when he began to recite, and that the relationship of the head, neck, and back directly affected his vocal abilities.  After a period of patient observations, he identified and put into practice certain basic principles of coordination.  Gradually, his voice problem disappeared, and his general health improved.  Not only could he stand and speak without straining or tension, but there was also a new ease and fullness to his breathing.  As fellow actors and audiences noticed his improved performances, they began to come to him for lessons.  Alexander spent the rest of his life in England and America perfecting his Technique and teaching others to teach.  Today there are Alexander teachers in practice throughout the world.

"The most valuable knowledge we can possess is that of the use and functioning of the self."
F. M. Alexander